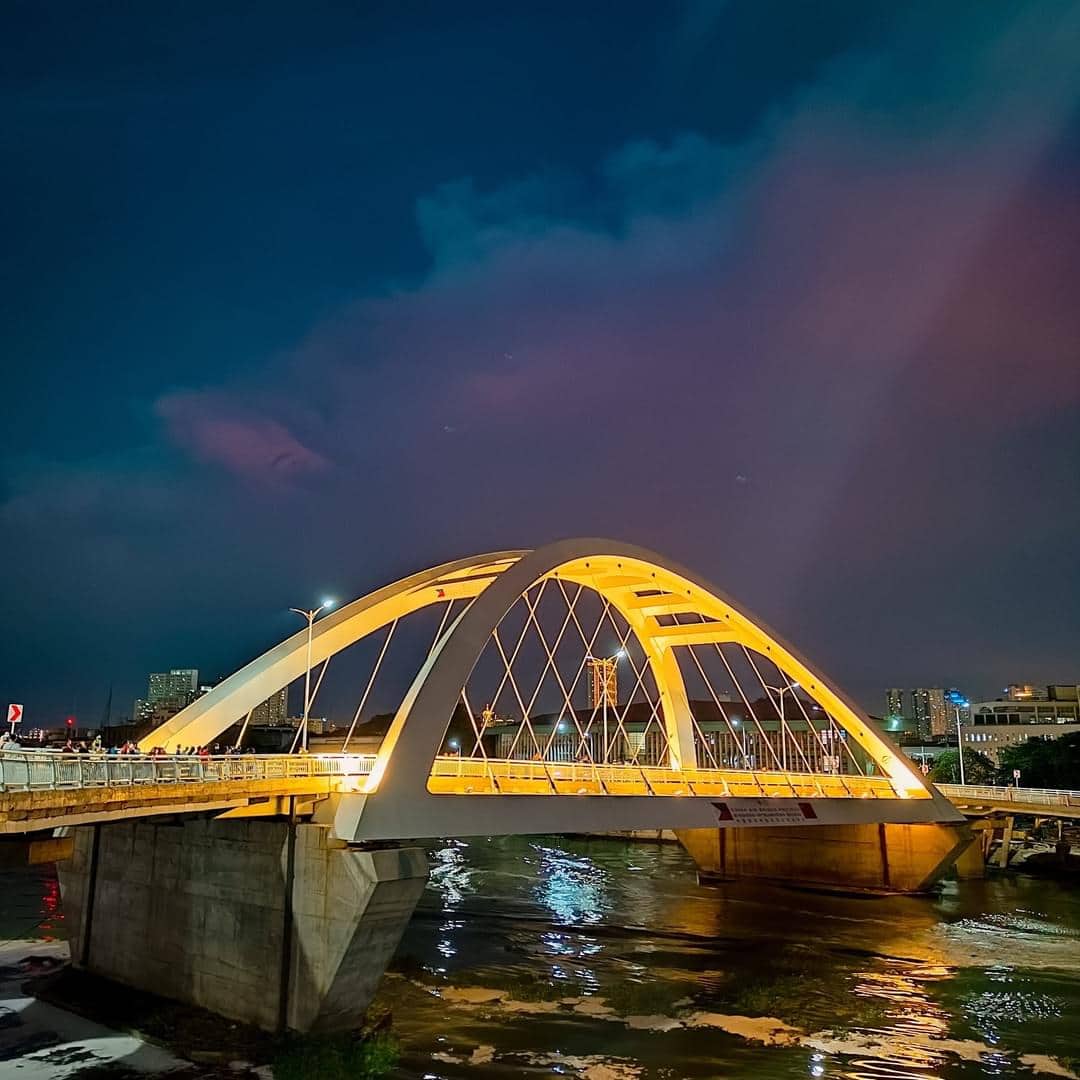 The Binondo–Intramuros Bridge connects the historic district of Binondo and Intramuros in Manila, Philippines. It has a length of 680 meters (2,230 ft) and exhibits a steel bowstring arch design with inclined arches that span the Pasig River.

It is a two (2) way four (4) lane bridge connecting the historic neighborhood of Intramuros at Solana Street and Riverside Drive with the lively sector of Binondo at Rentas Street or Plaza del Conde Street and Muelle de la Industria was built.

The Binondo-Intramuros Bridge cost Php 2.641 billion and is one of the projects funded by a Chinese grant totaling P5.27 billion agreed upon during Duterte’s visit to China in 2017. The other bridge is Estrella-Pantaleon, which was completed in July 2021.

President Rodrigo Roa Duterte inaugurated the Binondo-Intramuros Bridge Project, which provides faster connectivity between Manila’s two most important districts on April 5, 2022, and was opened to motorists on April 6, 2022. The Department of Public Works and Highways believes that the Binondo-Intramuros Bridge can handle around 30,000 motorists daily. Many drivers also see it as an alternative route to Jones Bridge.

The Binondo Intramuros Bridge has now become a popular attraction in Manila. The bridge offers a unique view of the city, especially at night. The bridge is gleaming over at night because of the glow of lights, thermoplastic pavement markings, painted steel arch main bridge, and metal railings.

The basket handle-tied design of the steel arch main bridge is said to symbolize the friendship between the Government of the Philippines and the People’s Republic of China.

The new Binondo-Intramuros Bridge aims to reduce traffic and commuting times in the City of Manila. It also provides faster connectivity between two districts and eases peak-hour congestion for all users!

If you are planning to visit Manila, you can add this iconic bridge, especially at night as it gives you romantic vibes. along with Intramuros and other tourist spots in the city.